Objective health measures have been an important part of SHARE from its beginning. In its eighth Wave, SHARE implemented the collection of thigh-worn accelerometer data to objectively measure physical behaviour of respondents aged 50 years or older. In June 2021, the first scientific version of these accelerometer data was made available as part of Release 1.0.0 of SHARE Wave 8. Since February 2022, updated accelerometer data are available within SHARE Release 8.0.0.

Data collection
During the main fieldwork of SHARE’s Wave 8 – in 2019 and 2020 – a subsample of SHARE respondents participated in the accelerometry project in the following ten countries: Denmark, Sweden, Italy, Spain, Czech Republic, Poland, Slovenia, Belgium, France, and Germany. Drawing the accelerometry subsample in the North, South, East and West of Europe ensured a geographic variation.

During their participation in the main SHARE interview, participants in the accelerometry project were asked to wear an accelerometer on the thigh for eight consecutive days, day and night, if possible without breaks. Their activity was recorded and stored by the device. After the wearing period, the participants sent the accelerometers to SHARE, where the project’s researchers extracted the collected data. In March 2020, the entire fieldwork – including accelerometer measurements – was stopped due to the COVID-19 pandemic. Nevertheless, valid accelerometer data have been collected from 856 respondents.

Data release
In June 2021, the first scientific version of these generated modules was made available as part of Release 1.0.0 of SHARE Wave 8. Since February 2022 release 8.0.0 is available. This new release comprises an update of the generated accelerometer modules. Minor revisions include minor changes to metrics: An updated version of GGIR was used as well as some new variables in the dataset on day-level activity, namely indicators for most and least active 8 and 16 hours of the day. The major advancement in the new release is the detailed information that is now provided in the so called “epoch” datasets. For each respondent a dataset is available that indicates physical activity (i.e. average acceleration) in 5-second intervals (so-called “epochs”) over the whole observation time. Therefore, acceleration data on epoch level enable to look at activity profiles in detail, e.g. for diurnal activity patterns.

A detailed description of the study is available in the SHARE Wave 8 Methodology Volume.

A description of the dataset can be found in the SHARE Release Guide 8.0.0.

Funding information
The SHARE accelerometer study is financed by the NIA grant “Enhancing the Comparability of SHARE with HRS and ELSA”, submitted in June 2015 (R01AG052527). Data processing and release of the accelerometer data were supported by the European Union within the Social Science & Humanities Open Cloud (SSHOC: GA N°823782). 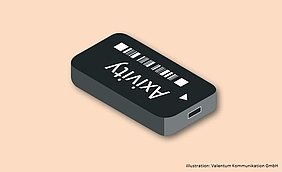