The Effect of Care on Women's Mental Health 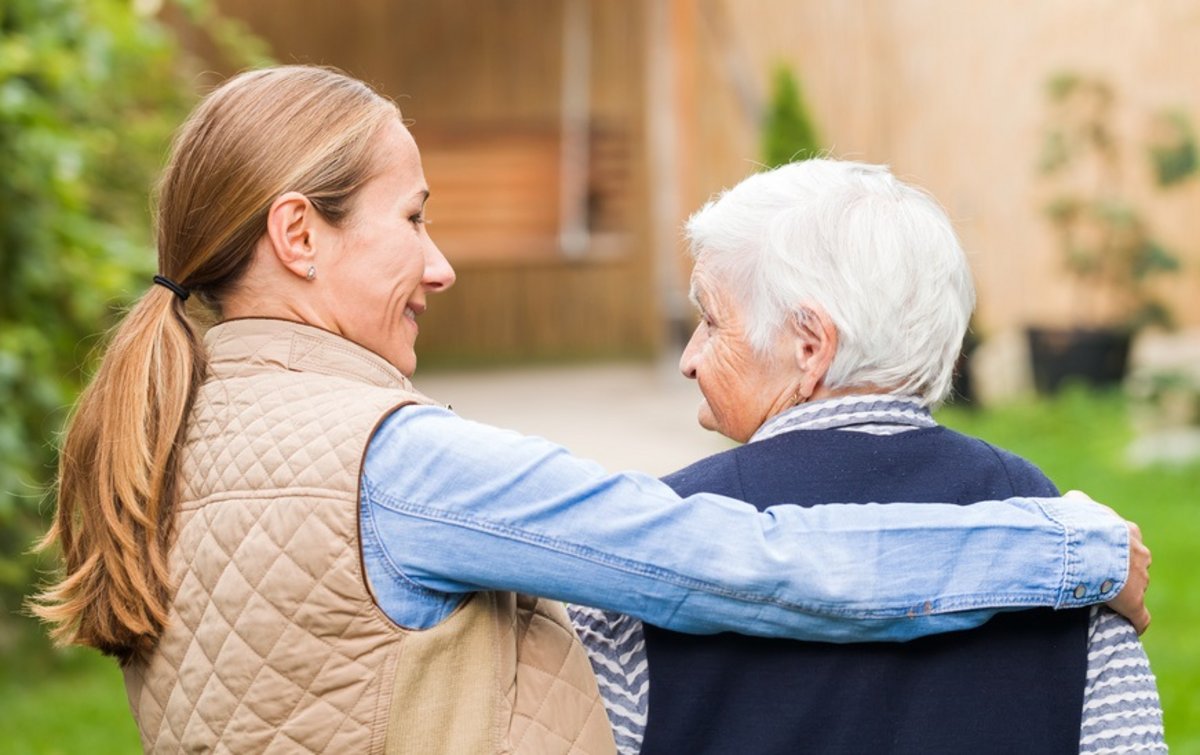 (June 2017) People who take care of their elderly parents, neighbours or friends are quite common in the EU. Even more, they play an important role in our societies which often are not able to provide sufficient institutionalised care for their oldest members. With their unpaid support, these informal caregivers relieve formalised caregiving systems. And, considering our ageing populations, they will be needed even more in the future: By the year 2060, 30% of all Europeans will be 65 years or older. A trend that will eventually result in increasing numbers of elderly persons in need of long-term care.

No doubt, caregivers affect our countries’ care systems for the better. But how does caring affect them? Italian researchers Elenka Brenna and Cinzia Di Novi dug into this question and focused on how caregiving affects the mental health of female caregivers in different European regions.

The researchers used data from the first and second wave of SHARE (Survey of Health, Ageing and Retirement in Europe), conducted in 2004 and 2006. The survey data includes information about people aged 50 years or older in eleven different European countries: Denmark and Sweden in the north; Austria, France, Germany, Switzerland, Belgium and the Netherlands in Central Europe, as well as Spain, Greece and Italy in Southern Europe.
For their analysis, the authors retrieved information on people’s self-reported mental health and whether they were caring for an elderly person or not. The information about mental health is based on the EURO-D scale, a standardised instrument for measuring depression which consists of twelve different items like joy, interests, the feeling of guilt, fatigue, sleeping habits, appetite, or the ability to concentrate.

Women are more likely to be informal caregivers than men

As "caregivers" were defined those respondents who stated to provide assistance to a parent, a step-parent or a parent-in-law at least once a week. Assistance included personal care (e.g. dressing, bathing or eating), practical household help, and help with paperwork. Even though men and women provide care for their parents, the researchers focused on female caregivers only. Due to their still major role in households and families, women are being more involved in informal care for elderly parents than men.

Caring for an elderly family member on a regular basis means devoting part of your own free time and possibly facing critical situations that arise from the physical condition of the care recipient. Taken together, this might result in high levels of stress for the caregivers. The impact of this stress might also depend on whether a caregiver is left alone in this situation or receives support from outside. Thus, different European countries have established institutional networks to assist informal caregivers.
How much public assistance you actually receive, however, depends on your countries’ welfare policies: Whereas public spending on long-term care is higher in Northern and Central Europe, all Mediterranean countries rely on family centered models of welfare. As a result, informal caregivers in Northern and Central European states can count on a broad net of institutional support, such as training provided by qualified personnel and financial remunerations for their assistance. In the southern regions, on the other hand, only a few institutional services are available for informal caregivers, resulting in them being left alone with their additional responsibilities. Accordingly, the researchers’ findings show a clear distinction between the different European regions.

Women in South Europe are affected the most

In Northern and Central Europe, where women are being supported in their caring activities, no negative impact on their mental health was found. In the southern states however, female caregivers were significantly more likely to suffer from depression: they had a seven percent higher chance to suffer from this illness than those who did not provide care to a family member.
The probabilities of being affected by depression even rise with the intensity of care the women provide. The likelihood of suffering from depression was ten percent higher for those who helped their parents with more intensive personal care, like getting out of bed, bathing or eating. Again, this affected women in Southern Europe only.

Considering their findings, the researchers see a need for change in countries which provide only little support to informal caregivers: They pledge for a re-arrangement of the caring sector, in order to stimulate community living care. This would disburden caring family members and help elderly to stay in their homes as long as possible. In the light of our constantly ageing populations, new caring alternatives are needed more than ever. And unpaid care by daughters can no longer be taken for granted.