You want to be part of the ERIC?

The legal entity behind SHARE is a European Research Infrastructure Consortium (ERIC).

Go directly to the SHARE-ERIC Statutes

In March 2011, the Survey of Health, Ageing and Retirement in Europe (SHARE) became the first European Research Infrastructure Consortium (ERIC). This gives it legal personality and capacity in all EU Member States and other partner countries of the ERIC as well as some of the tax exemptions (e.g. VAT) enjoyed by real  international organisations. It also provides a firm governance structure and permits lean procurement procedures for subcontracts, two important advantages for running a large-scale survey such as SHARE. 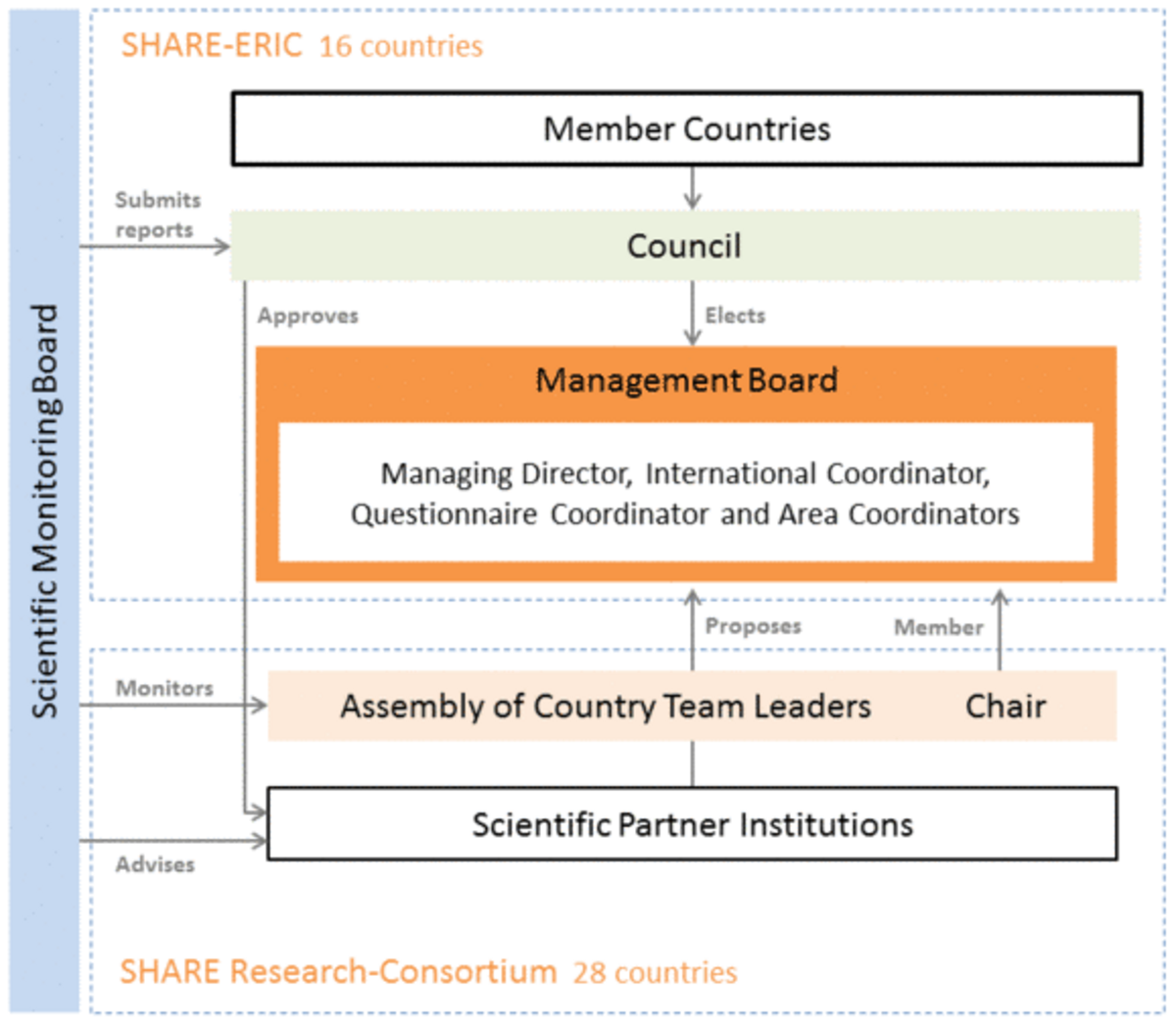 SHARE-ERIC was initially hosted by the Netherlands. Recently the seat was transferred to Munich, Germany, where its central coordination is located at MEA (Munich Center for the Economics of Aging). The project aims to help researchers understand the impact of population ageing on European societies and thus to help policy makers make decisions on health, social and economic policy.  Managing director of SHARE-ERIC is Prof. Axel Börsch-Supan (Munich) and his deputy Prof. Guglielmo Weber (Padua).

Austria, Belgium, the Czech Republic, Germany and the Netherlands are the founding members of SHARE-ERIC, with Switzerland having an observer status. Italy joined in June 2011, followed by Greece, Israel, Slovenia and Sweden in 2013, Poland in 2014, France in 2015, Hungary in 2017, Croatia and Cyprus in 2018, and Bulgaria in 2019.

Commission Implementing Decision of 27 May 2014

Commission Decision of 17 March 2011 setting up the SHARE-ERIC